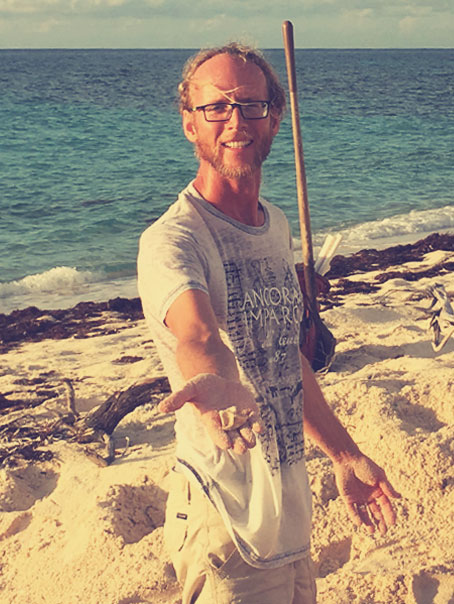 I completed my bachelor’s degree in Wildlife Ecology and Conservation at the University of Nevada, Reno. I spent several seasons collecting data on terrestrial mammal habitat selection, reproductive ecology, and neonate survival in the mountains of the American West. During a trip to Hawaii, I was reminded that my passion has always been for the ocean, so I returned to my home state of Florida to earn my master’s degree. My thesis at the University of Miami focused on spatial nesting patterns of loggerhead sea turtles in Dry Tortugas National Park. After working as a biologist monitoring sea turtle nesting in Miami, I moved to Melbourne, Australia to begin work on my PhD under the supervision of Richard Reina and Roger Evans.

Sea turtles exhibit a mode of reproduction in which in utero embryonic development is arrested at a very early stage and does not resume until after the eggs are deposited in the nest. Reproductive success can be significantly reduced if a substantial proportion of embryos fail to emerge from developmental arrest. My PhD research will investigate the species-specific responses to environmental factors affecting embryonic developmental arrest and how the responses to these factors vary among species, with the goal of increasing our understanding of how embryonic arrest affects sea turtle population dynamics.